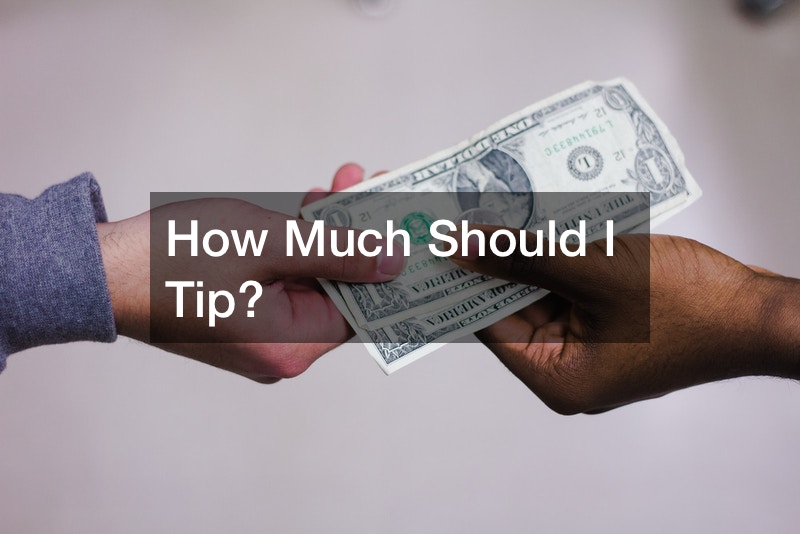 Tipping is something that most people are familiar with in restaurant settings, and many have heard the often-repeated unwritten rule that you should always leave at least 20% for your waiter. However, tipping culture can be much more nuanced than simply laying down a couple of extra bucks. In fact, it can be so nuanced that some people will even end up leaving more than 20% to avoid potentially looking cheap. Even more confusing is the etiquette of tipping for services that aren’t food-related. Hairdressers, residential electricians, janitorial services, and even your go-to plumber will appreciate tips that show you recognize their good work.

What is Tipping Culture? 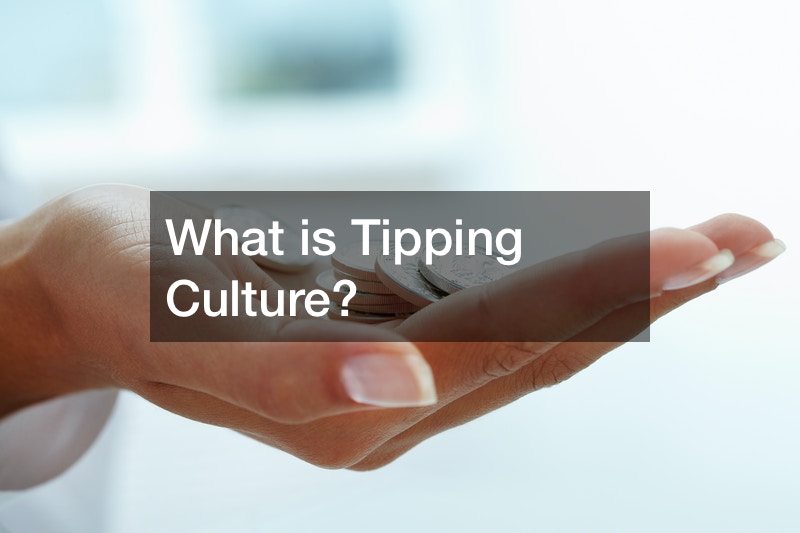 Firstly, before we dig into how you should be tipping, let’s consider why we tip here in America, and the answer is psychologically interesting. Because tipping is such an engrained cultural stable, and something that most people don’t care to question, many places can get away with paying wait staff less than the minimum wage. In many instances, tipping can account for up to 58% of a waiter’s income. This is because they are expected to make up the difference in tips. However, it has been found that restaurants that do away with tipping while raising their menu prices in order to pay their waiters, end up doing worse than restaurants that accept tipping. This is because the higher menu prices are seen by consumers as ‘more expensive’ even if they will be paying the exact same amount at a tipping restaurant due to leaving the standard 20%. This has lead many restaurants that have previously abandoned tipping to go back to it, as their business was suffering as a result.

Now this may seem strange, but that’s part of the fascinating psychology behind tipping culture and how many consumers evaluate prices. Say you’re at a restaurant and order a $20 steak dinner and afterward you leave a $4 20% tip — although many people may leave even more than this or round it up to $5. Now, imagine that the next time you head to the restaurant they’ve done away with tipping, but you notice that the price of the steak dinner has increased to $25 dollars. In fact, all the choices now cost $5 more. Many people might not immediately equate this rise in prices with the lack of tipping, and instead, begin to associate the establishment as being more ‘pricey based on the sudden price hike. Sure, you’re technically paying nearly the same price, but many times the reasoning doesn’t register for most consumers.

Because restaurants who have attempted this notice a drop in ratings and a lowered turnout, many have been forced to re-adopt tipping, further continuing the cycle of tipping culture. Many waiters, food workers, and food caterers now rely on the kindness of patrons to help them make ends meet. And, while many people have rallied against tipping culture and insist that more restaurants move towards a no-tip operation model, in the end, the consumers hold the power. Until there is a radical change in thinking among customers, tipping culture appears to be going nowhere anywhere fast.

Tipping Outside the Restaurant Industry

While the above focuses mainly on the restaurant and food industries, the ironclad grip that tipping culture has on those enterprises has also leaked into many others. Today there is an unspoken rule that uses tipping as a way of showing appreciation for services, especially if that service utilizes someone else’s labor. This can lead to a lot of confusion and worry if you’re unsure about whom to tip and how much. The answers may be very surprising. 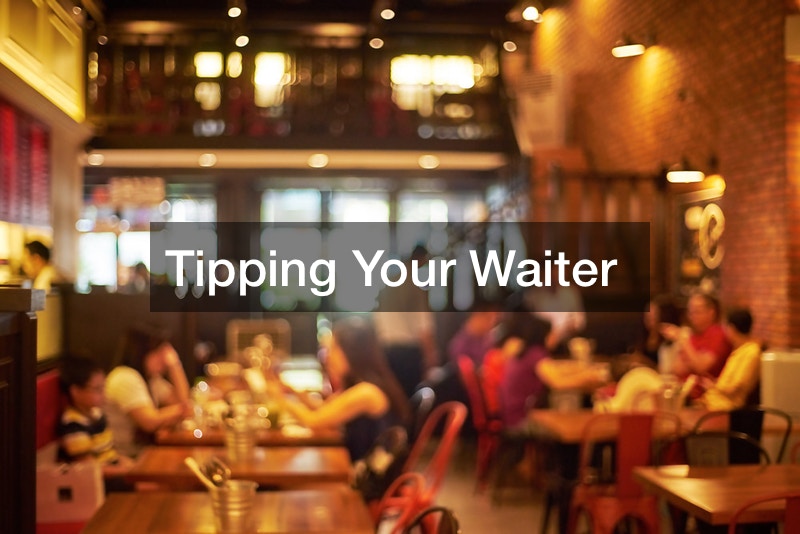 Let’s start with the most obvious. Waiters. As mentioned above, it’s commonly accepted to tip waitstaff between 15 and 20% of the pretax cost of your bill. At buffet-style restaurants, you can lower this to only 10% and not look out of place. Similarly, delivery drivers should be tipped between 10 and 15%, the amount going higher depending on how much you’ve ordered, the distance, and if there is inclement weather that they have to deliver during. If you’re picking up an order, you may decide not to leave a tip, although making a contribution to their tip jar — if they have one — is always appreciated. Likewise, a food caterer should always be tipped at least 10% if they are catering for an event you’re hosting.

Additionally, if you’re seated at the bar you should always tip the bartender $1 to $2 for every drink, even if you’re only drinking water or soda. This is because you’re still taking up prime real estate at their that could otherwise be used by another (tipping) customer. This etiquette goes for both bars in restaurants and your local pubs.

Tipping at restaurants isn’t as difficult as it sounds, and oftentimes a quick Google search can tell you exactly how much 20% of your total is. Most smartphones can even download tip calculators to make this process even easier. Furthermore, it’s worth noting that 20% is only a baseline, and you should also consider how long you’re taking up table space. For instance, if you have your meal and spend an additional hour or two hours talking with friends, you’re occupying a waiter’s table that could otherwise have gotten another tipping customer. This can result in the waiter losing money for that day. Adding a couple of extra dollars to your tip to make up for the extra time is always the considerate thing to do. 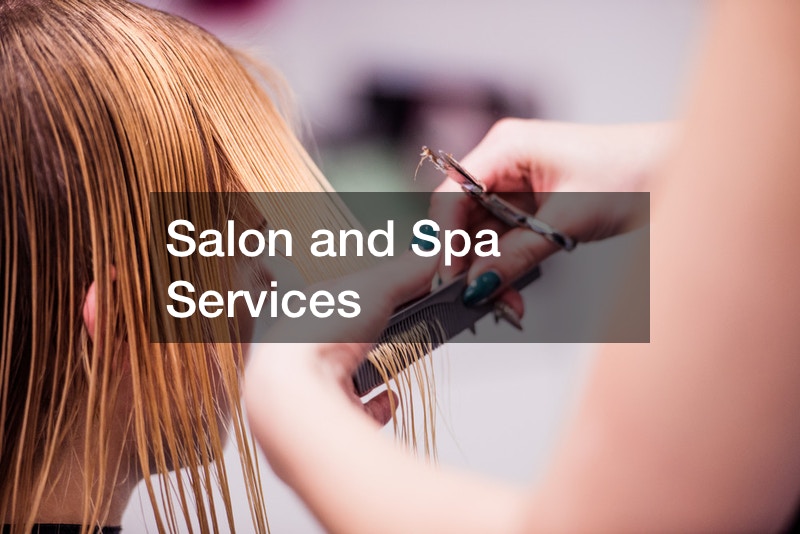 Hairdressers, barbers, nail technicians, and massage therapists are other professions that you should consider tipping. When it comes to tipping for a haircut, you should tip between 15 and 20% of the pre-tax cost. However, if you have a cut and color which is completed by a stylist and a different colorist then you should split the tip between the two — as opposed to tipping them both 20%. If you’re using a discount or coupon, you should also take care to tip based on the pre-deduction price to ensure that the person who helped you receives a fair tip. The only time you shouldn’t tip in a salon is when you’re buying products, which can be expensive and drive up the cost of the bill. If you’re buying products after getting a haircut, ask the receptionist to ring up both separately and add a tip only to the cost of your haircut.

Similarly, nail technicians and spa professionals should be tipped based on the final pre-tax price of services, with the tip being split only if multiple people helped you. The only time you should really consider tipping about 20% is if you feel the service person did an exceptional job or if the holidays are near. It’s always a nice treat to give a little more during the holiday season just to show that you appreciate what your salon workers do. December is the season of giving after all.

Both a long-distance and local mover should be tipped for their services if you are using their services. However, while the 15 to 20% standard in other professions is well known, when it comes to tipping movers the formulas aren’t so clear. A good rule of thumb to keep in mind is that you should tip each mover about $4-5 for every hour they work. This means that a move that takes about four hours should cost about $20 per person, plus the cost of the entire service. If the job lasts more than 12 hours, you should expect to tip each around $50 to $60.

While this may seem like a lot, consider what movers are responsible for doing during the moving process. They have to load all the large heavy furniture and boxes into the truck, sometimes needing to take heavy pieces down flights of stairs, all while taking care not to damage or break anything. Then they need to drive to your new home and unload everything safely. In some instances, movers are even responsible for helping with the boxing up process. Your tip should reflect this, and if you have any exceptionally difficult pieces of furniture or anything that requires special care, you should consider adding extra to the total, especially if the movers completed the job without damage. 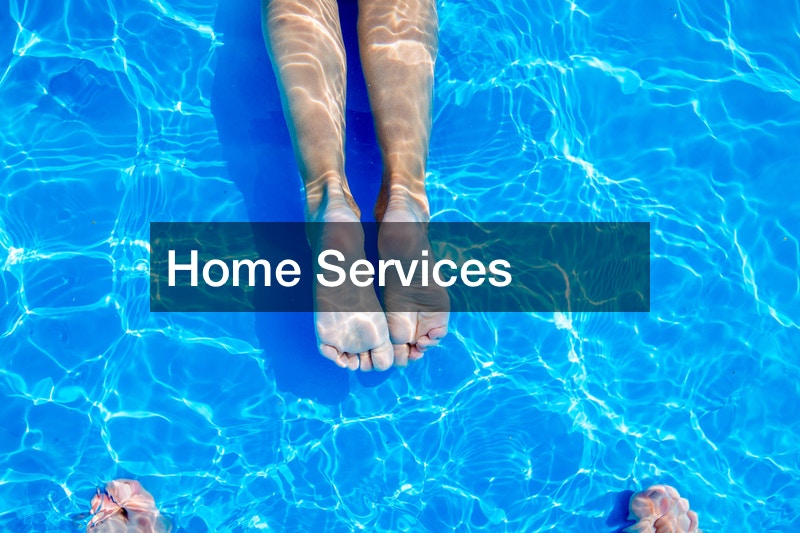 Pool installation services, termite control professionals, snowplow drivers, and fence companies are just a handful of examples of services that can come to your house, and many people don’t know whether tipping is appropriate or required. For the most part, tipping isn’t required or expected; however, if they perform a particularly nasty or difficult job — i.e. fixing a badly clogged toilet — you might consider slipping a couple of extra dollars in just to show appreciation. Similarly, if you have a relationship with your plumber, electrician, or other handy people you can consider giving them extra around the holidays if you use their services. This can just be a little way to show that you appreciate what they do for you throughout the year, and it doesn’t have to be anything too spectacular. There are some exceptions to this, however.

Some exterminator companies will welcome tips, as will home contractors, even if they say they don’t expect them. Appliance delivery people should be tipped about $5 to $20 per person depending on the size and difficulty of the delivery. (This is similar to how movers should be tipped above.) If your ever in doubt, there’s no harm in asking!

If you do a lot of traveling you may likewise run into situations where you’ll want to tip people that you might otherwise have overlooked. For example, a concierge should be tipped between $5 and $10 dollars if you’re making reservations, you may even want to go higher if they go above and beyond. For instance, if they get you a table at a popular restaurant or such. For housekeeping, you may also consider leaving $2 to $5 a night in a clearly labeled envelop. This is a nice way of showing appreciation after they clean up your room. Bellhops should similarly be tipped between $1 and $5 depending on how many bags you have and how heavy they are.

General Guidelines For When You’re Uncertain

Tipping can be complex and there is a lot of unspoken etiquette and psychology behind it. If you’re ever unsure whether or not you should tip a service, don’t hesitate to ask in advance. This can help give you a clearer understanding of what is expected and how much you should consider keeping aside. This can also help you learn whether or not a specific place accepts tips or gratuity, or whether staff members aren’t allowed to receive extra.

If you’re ever in doubt or if the business tells you that tips aren’t expected but welcome, you can’t go wrong by leaving a 15 to 20% tip, especially if you feel the service is worth it. While in some cases tipping really does make a big difference, such as in the case of underpaid waitstaff, at its heart it’s about showing gratitude towards a person and a service they have done for you. If you feel that the person deserves extra for their time and labor, it’s never a bad idea to give them a tip to show that you truly appreciate what they’ve done for you.

The only professionals who really don’t require tips are salaried positions such as doctors, vets, lawyers, teachers, and accountants, who are usually paid a fair wage for their services. The exception can be when they go above and beyond or have a lasting impact in your life — a vet saving a pet’s life for instance. In this case, you may wish to buy them something special, or even simply get them a card to show appreciation. Often tokens like that will mean more than a tip to people in these types of professions.

While tipping can have its pros and cons, in America it’s not going away any time soon. Fortunately, the process doesn’t have to be difficult or complicated, and with a little bit of forethought and consideration, you can learn how to navigate tipping culture in a respectful and appreciative way.